Thank you so much for all of your kind wishes for my daughter’s entrance exam. It went ‘OK’ – that was the main comment I could glean from her. Hard to gauge what exactly that means; I am not sure whether at 10 years of age, you can measure your success in the form of a verbal reasoning test where you scored 65% or above! I am so pleased it’s over and that we can, as a family, breath a collective sigh of relief. 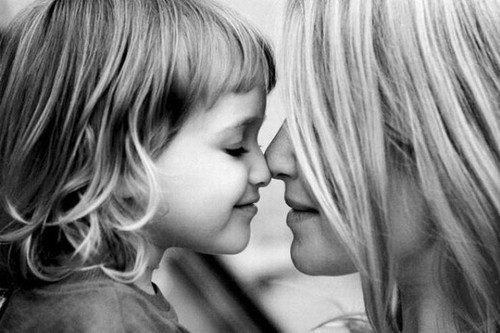 I did come away from that school hall wondering – what’s it all about? Why is it that we feel compelled to propel our children headlong into the best of all opportunities. At the exam, the mother’s tongues were positively clacking with competitiveness as we waited for our off-spring to be released. Talk of private tutors and years worth of preparation to get in the ‘right’ school.

Admittedly we too have aimed high; this school is allegedly one of the country’s best and they like that ‘quirk’ factor in their intake. Pupils who are academic, sure, but who also will go on to be captains of industry and in their spare time climb Kilimanjaro for charity. I got a sense of disquiet as we left, and it remains with me, when I wonder why we want to subject Boo to the rigours of a competitive school. We were advised to try for this school and whilst there is a flush of pride at the prospect of her success, there is also the concern that at the young age of 10, she could also taste academic ‘failure’.

And those super-mothers that my friends and I encountered; I am not sure what to make of them. Two observations; there is always a degree to which we vicariously live through our children’s success. And secondly, for those lucky ones who also experienced the benefits of the best schooling the country had to offer in their youth, there is that sense of entitlement. As I had a pretty average childhood, with average state schooling, I think I am always slightly in awe of those mothers who take all that privilege for granted. It’s what they are used to. I do acknowledge that my life is privileged but somewhere, deep down, I justify that with the fact that my husband and I worked really hard for it and still do. It was never a given.

The other feature of my disquiet is the certain knowledge that whatever happens; whether it’s this school or another, come September she will be moving into a whole different sphere. One where I inhabit a much smaller place. Parental input will come in the form of once-a-term teacher/parent meetings and each day, instead of me kissing her goodbye in her classroom, she will be out on her own. Dropped at school by bus. Such a strange reality to face. It is simultaneously wildly exciting; my child out in the world! But also terrifying; my child out in the world!!

As ever with parenthood, it’s bittersweet. As each stage passes I look back on the previous one and consider how lovely it was back then. But despite any trepidation I have this frisson of pure excitement at what she is going to grow into. What she will become. can’t wait to see.