This is how it goes with blogging; a post lives in my head in a sort of semi-baked internal dialogue about anything that may occur to me. It is then, sometimes time dependant, transcribed onto the page here. Sometimes not. Sometimes I read back on what I have published and there are recurring themes that have been on my mind, even without my knowing to what extent, until I note that I have mentioned a lament about skinny jeans three posts in a row. Other times I read back and see a little glimpse into something that was brewing and hardly recognise that I ever felt so strongly to write about it. 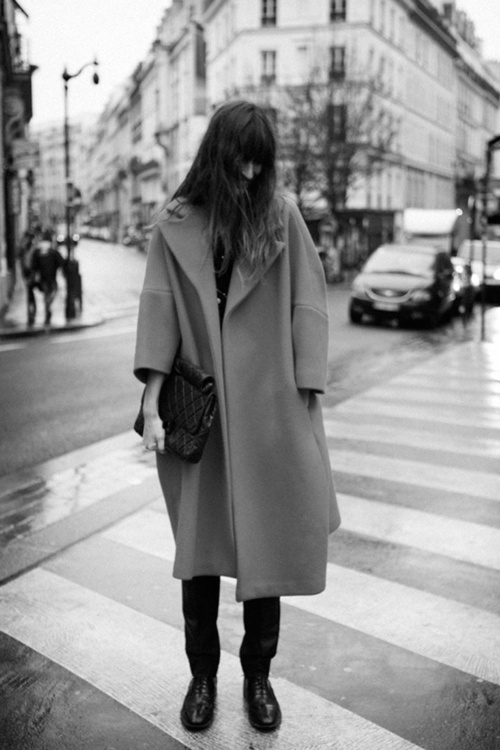 So, the topic for today is: how I freaked out when I hit 40. I have recently seen the same neurosis set in amongst friends of mine who approach or are lurking around this milestone. I would say that many women sail past this particular buoy in the ocean of adulthood and hardly register it. For me it had a profound effect. That might be because around the same time I left my job and stopped working; bye bye definition of my role. Also my daughter turned 13; bye bye her childhood and hello her burgeoning adolescence with all that it entails. It became a perfect storm (maelstrom?) of converging life events that, over time, had conspired to mess me right up emotionally.

Not that it was an altogether unhappy time. I was – and am – well evolved enough to see that this stage is just part of the process and thinking too much about what it all would be Bad, Capital B. So I tried to just get on with it and it’s only now, as I am a year and half living on the other side of 40 that I can acknowledge it.

Can I be honest? Turning 40 made me a little bit miserable. I wrote extensively about it at the time, on this blog (here and here and here) where I can sense in the words a search for meaning. I used to observe friends of mine who were over 50 for clues; these vital, beautiful, interesting women who seemed to be in their prime. I would ask them about their 40’s and they’d smile knowingly and say ‘yes, tricky times; you get to know yourself all over again in your 40’s.’ This didn’t make sense to me; I knew myself, I had spent 40 years with myself. I thought I had it all figured out. But no…

To start with, there were the physical changes. These arrived imperceptibly and furnished the ongoing lament about skinny jeans. My body and face started to change, not unrecognisably, but subtly. I would see photos of myself and would see an old self. Having a teenage daughter who would, at random times of day, pull in and take a selfie with me would underline this. Her unlined beautiful youthful face – and then mine! I took this on the chin; I’d never compete with her, I entirely accept that it’s her time and not mine. But still, nothing like a close-range dreadful photo to make you wince.

Then the loss of my role. Shortly before I turned 40 I left my job; the one I had done for many years and which, I see now, almost totally defined what I was about. In my job I was respected, analytical, consistent, assertive, interesting. Of course I sugar-coat it now, but what that job represented to me was a semblance of power and youth. Giving it up meant that I was stripped bare. Just Lou. I again looked at my contemporaries (and wrote here) and observed how many women my age did not work at a job, looked after their families, supported their husbands and so on. It didn’t seem to fit for me. I saw that each day that passed after the euphoria of giving up my corporate citizenship I was confused and alone. It shifted how my family saw me. I kept speaking in the past tense: ‘when I was working, I did x, y, z…’ I had become one of those people I’d never wanted to be: defined by their past. And my inability to drag myself into the present, let alone the future, became a source of massive frustration.

So those dark, long winter days became the messy interim of being 40. I started asking everyone I met: how is this meant to feel? Aren’t I meant to be happier? Is it meant to be this hard? Then I would read articles about the ‘sandwich generation’; those women in middle age who had the double responsibility of looking after their teenage kids and their ageing parents and were, in the process, having the joy of life sucked out of them. I read that antidepressants were being dished out like sweeties. And I felt in myself that literally as I reached one day over 40, I was on a different, largely downward trajectory from the one I had been on prior. For an introverted, thinking soul like me, cue: existential mid life crisis of Herculean proportions.

This all played out amongst the usual life/family/life conundrum, as busy as ever, actually thank you very much, trying to hold it all together and ignore the insistent thrum in my head saying: is this it?

What has made me write this today, is that I spoke with a friend yesterday who is having a shit time. Monumentally shit. And I was trying to tell her that these times pass; that the very definition of adulthood and life and the space/time continuum is that it passes and a new phase starts. That’s what Back to the Future 1, 2 and 3 were all about 😉

But of course this fell on deaf ears as she is so ‘in it’ right now, that she can’t see out of it.

And I thought to myself: I think I am out of it. I think I might have started a new trajectory. I think this could be it. A revelation. As ever was the case, it’s only afterwards that you can see a change. I accept I am never going to take a good selfie these days; grey hair, wrinkles and sun damage have become a life-long guest. I have to work hard at staying fit. Skinny jeans are no more comfortable. All of that I can cope with, but I couldn’t cope with the anguish associated with feeling that life was on a downward tilt.

So I changed the tilt. I had to redesign what I was and it took me about two years to work it all out – as of course, I see that much of what I am doing now was linked to why I stopped work in the first place. I wanted to get back to the person I was before I sold out to the corporate. I wanted to start writing properly. I wanted to learn something new. I wanted to be around smart, clever people again. I wanted to have something to say, to further my own agenda. So last week, as I sat in a multi-disciplinary academic lecture with a room full of creative people, all following their own agenda – from Grandmothers to twenty year olds – I thought, yes, this is better. This is what my 40 should look like.