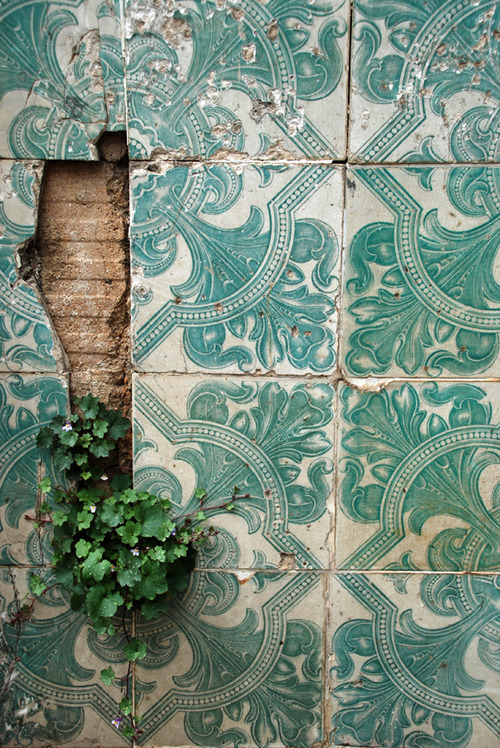 I cook every evening, it’s an eclectic mix, as I believe in the power of the side dish. I will prepare three of four kinds of vegetables, ostensibly to accompany something more substantial, but really the vegetables are the meal. The substantial thing might be an egg. Or lentil dahl. This would horrify my husband who thinks a meal does not qualify unless it contains meat, carbs and the addition of a garnish for colour. My way of cooking is simpler; it’s more or less impossible to mess vegetables up; they don’t go off as quickly, there’s less waste, and there’s never the feeling of overdoing it. I planted a herb garden a week or so ago. I appreciate this is the kind of bollocks I used to read in blogs or articles when I was working, and I would think: yea, right (ffs). It’s all very ‘Good Life’, and it’s not lost on me that this whole extravaganza of home-making is down to the fact that I don’t do paid work that often, and I am at home a lot. There’s a bittersweetness to this fact. Housewifery run amok.

My children and their friends have come to expect this bizarre range of dishes; baked aubergine with yoghurt and pomegranate, roasted peppers with finely chopped red onion, fresh basil pesto, raw broccoli and apple salad, tomatoes, butternut squash with chilli, broad beans, feta. Wedges of crisp, iceberg lettuce with creamy drizzle of caesars, and sea salt. God bless the chick pea. Turmeric dressings with honey. I no longer apologise for it; if they don’t like it, there’s always something else on the table that they might like.

When we were newly together, my husband and I befriended a local couple who, every Sunday, offered us a place at their table. They lived modestly, but the food was exquisite, and prepared with love, as an event, really. It was an open house, an open table. This kind couple, who were probably in their early 40’s – the age I am now, and we were twenty years younger –  shared food and wine. It enabled us to punctuate our week with a feeling of calm and of home, at a time when we gave little importance to the need for such things.

In reality now, this is hard to recreate. Friendships appear to no longer be predicated on impromptu dining. My friends and I schedule weeks, sometimes months in advance for a dinner, which invariably falls at a time when the host is stressed, or has something else they need to be doing. Availability and time has become the enemy of the friendly meal. It’s something I lament; why don’t people just pop round for dinner? And why does cooking food have to be so challenging? Why must complex ingredients be sourced? I like it when there’s enough for everyone and a meal can stretch because ultimately, there’s always another side dish that can bridge the gap. I used to not even like cooking, but I see that something that is a necessity (eating), can become a pleasure, and an expression.

I’ve written before about how eating evening meals with teenagers is the single best piece of advice I’d give any parent about to embark on that particular phase of parenting. There’s nothing like eyeballing them each night, and extending the process of eating, of having seconds, and thirds, waiting for the meal rather than rushing it, a conspiracy to help chill the mood and glean the issues of the day. In fact, I regret the years I cooked ‘kiddy tea’ for them, served quick and early, as I maintain now that children who eat with adults gain more than they lose. In a frenetic day, it slows the pace.

And as for the vegetables, for all that the ‘clean eating’ movement has been maligned – and it’s not hard to see that veganism and clean eating have, for some, become synonymous with an unhealthy preoccupation with food or a propensity to eat disorderly – it has provided a way to see vegetables as something other than an afterthought. A good friend of mine recently became vegan after a lifetime of vegetarianism, and said to me that it was deplorable that we, as humans, presume that the eating of meat every day is normal, expected, understandable. Even if we all ate less meat per week, carbon footprints would of course, notably reduce. I suppose the point is, like so many elements of our society, we do it because we can. Because meat is supplied in the most innocuous way, as slabs of something to add when cooking, even though we have participated a sum total of zero in its procurement (how many times do we consider the abattoir when cooking a steak, for example?) In a counter to the argument though, another friend said to me; ‘we are carnivores, we have canines, we can digest meat with enzymes in the gut; we are meant to eat meat!’

I wonder whether the way I languish in the preparation of food is because I don’t have a job. Cooking is a bit like writing, and I spend my days thinking about writing, and doing it, and then fretting about whether its any good. Cooking is the same but the results are better, more reliable. The preparation and the repetition is meditative, and the transition from uncooked to cooked satisfying, like a makeover montage in a film; there’s a before, and then you enjoy the after.

I use this blog for inspiration (Tania is vegan, and cooks the simplest meals which always just work, are not over engineered, and she is so passionate about the topic, it’s contagious!). There are the usual suspects; those celebrities who’ve infiltrated the culinary canon of this country; the monolithic works of Jamie Oliver but also Deliciously Ella, whose recipes are ridiculously easy. This book by Jane Clarke has featured on my kitchen shelf for years, and Tonia Buxton is also a good staple. I also cook a lot from The Scandinavian Cookbook which is broken down into seasons. It’s all good.