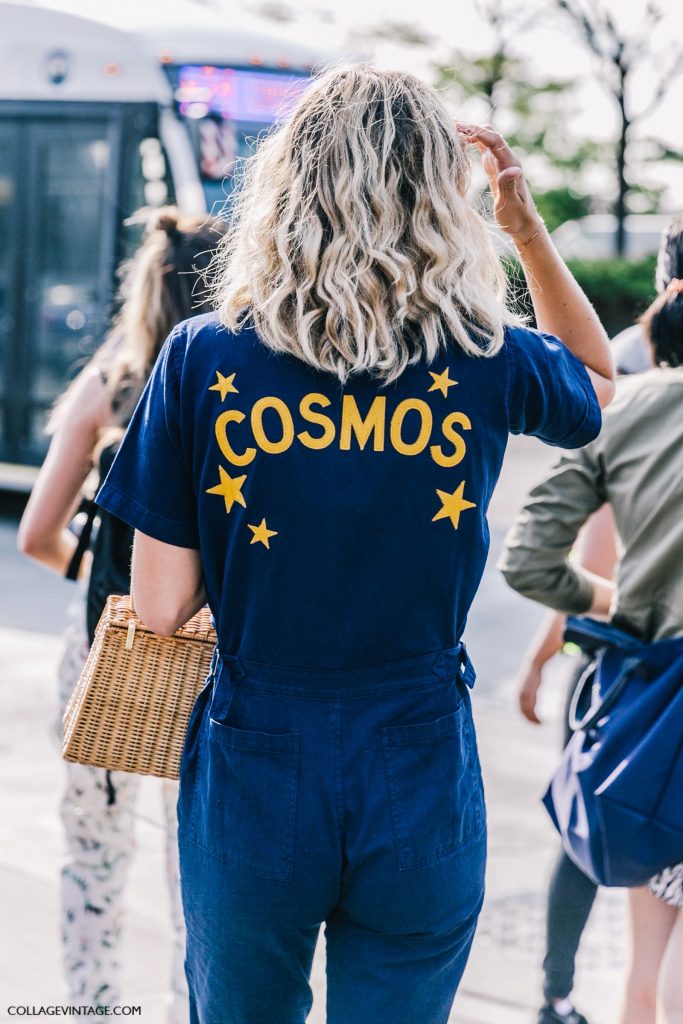 Of all daily preoccupations, wearing clothes is an obvious and persistent one. I have whittled down my dissatisfaction with the British winter to include the following issues: mud, rain, darkness and the inability to wear most of one’s wardrobe due to the limitations of all of the above. I have a theory that city-dwellers escape these limitations as they have asphalt and heated buildings. The dash from road to pavement (possibly slick with rain, but not mud-strewn), to office (heated and suitably cosmopolitan) to hip restaurant or bar, and home again. Sex and the City but with coats on. Admittedly, I’m imagining a girl-about-town agenda but the fact remains that rural life in Sussex does not lend itself to interesting clothes. Summer provides a brief respite, as it did this year, and we were relieved from the confines of jeans and jumpers to wear prints, floaty fabrics, sandals (exposed toes!), our shoulders out, our skin tanned, oh the heady recollection of maxi dresses and the whoosh of linen or cotton. Now, it’s the relegation to wool. This smacks to me, every year, of a sad state of affairs.

My equivalent commute from house to car to various errands to house again does not call for sartorial variety and this is what saddens me the most. I revert to my previous career, which necessitated meetings dressed in suits and heels, and whilst I don’t miss it, I lament it. I am not even sure that the ‘office dress’ of the 2000’s exists anymore? Is dress down Friday still a thing? I recall its advent in my workplace; it provoked a subtle shift from heels to flats and that was about it. So indoctrinated were we in the need to look businesslike. What is businesslike now?

Meanwhile, I went to Marrakesh last week, with friends, and experienced the sensory onslaught of a new culture. So incongruous after the buttoned-up reality of my home country. I was fascinated to see how others interpreted the requirement to be respectful of the culture there and so cover shoulders, knees, ankles and hair. We found a middle ground, but in the same breath witnessed Brits (because they could only have been) in buttock-skimming miniskirts and cropped tops. Wtf? It was in the same vein as my trip to the races, documented here, I felt a flush of shame for what some chose to wear. Then I admonished myself as after all, tolerance is key. Wear what you want, right?

I get preoccupied with jumpsuits – as they somehow have come to represent something to me – and waste hours looking at pictures from the 1970’s. There’s a nostalgic calling buried deep, a recollection of my Mum I think, in tan Jordache velvet cords which have now taken on legendary status in my imagination, and are lost to the mists of time. No photo exists; where are they now? But back to jumpsuits; I mean the ones that are like fitted overalls, possibly worn by Farrah Fawcett in Charlie’s Angels, or by grid girls at a Grand Prix, where someone like James Hunt raced. I scour the web. I run across Bianca Jagger, marrying Mick. I secretly wish I had been married in the seventies or eighties and had one of those milk-maid dresses with puffed sleeves and broderie-anglaise detailing. I was married in 1999, and my dress, which I thought was classic, was not. Despite every intention and even stating in the bridal shop ‘it will never date!’, it was a ‘Four Weddings and a Funeral’ meringue. Fashion is a fickle friend.

Maybe it’s because we become used to looking at a regurgitated past in current fashions, maybe that is why I now covet pieces that are from another era. This retrospection is going hand in hand with the fact that I am halfway through my forties come Spring. That’s one to think about; see previous post on greying hair.

There’s a particular challenge to wearing clothes in your forties, which I attribute to the yawning hinterland between young and old. Middle-aged by both name and nature. Prior to forty there was an ironic insouciance to clothes. Young enough not to care. I imagine, by sixty, there will be – for me at least – a ‘don’t care’ mentality which will probably herald me wearing lurid pattens (palm tree kaftan anyone?) and oversized glasses. Iris Apfel is my idol. But right now, it’s neither here nor there. An unspoken manifesto has been embroidered into the consciousness of middle-aged women that they should look appropriate. Isn’t appropriate dressing just the worse thing?

No wonder I am despondent!

So I order the jumpsuit. I’m fairly sure it will not be fitting my rural sensibilities; it’s being sent to me from America and features David Bowie styling. Heaven help my kids.