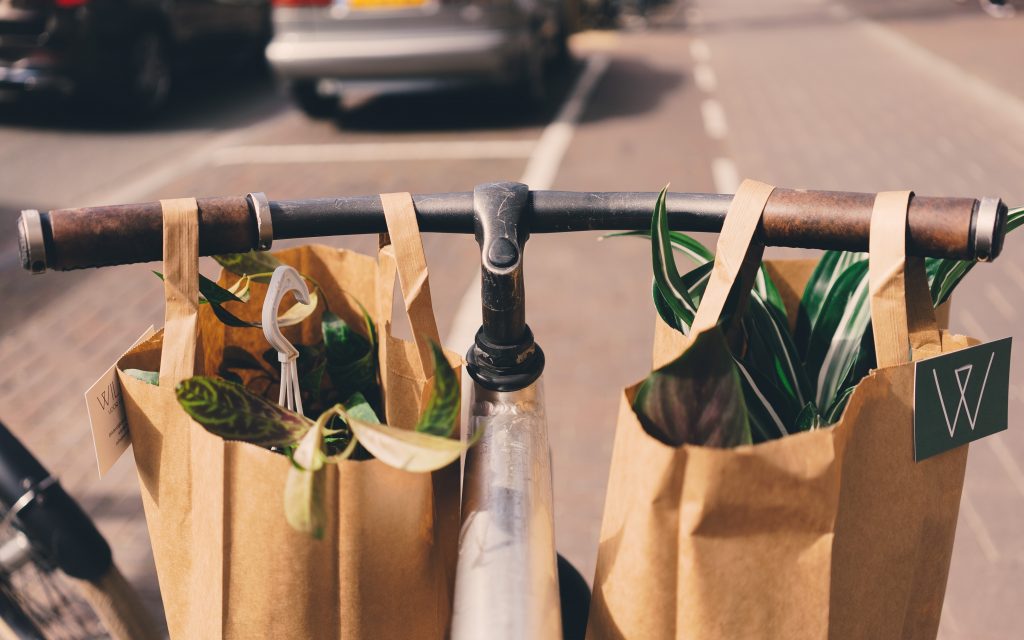 A few months ago, I got the opportunity to take a commission from a publisher, to write a non-fiction book about the environment. It was apt and timely, as I’d chartered further and further into the territory of eco-awareness, plastic-free shopping, and plant-based eating, and I found myself immersed in all things ecological for this project. I’d dabbled in ‘green’ living, and lamented plastic use, but I found it difficult to change my practices to create a new everyday reality. Conceptually, I knew what to do – reduce, reuse, recycle – but I was weighed down with the enormity of it all. Making changes seemed to require a disproportionate effort, which in turn led to my feeling ineffective and guilty, so I’d end up doing nothing instead.

I’d developed an interest in those who were able to make the changes, and followed Instagram accounts of delicious vegan food and minimal living. I would covet the lifestyle, but still struggled to emulate it. Somehow my home did not resemble the serene, less-is-more surroundings of those I saw online. But what I realised – consistent with so many things in modern life – is that what it looks like is not what counts! I found that instigating a few simple changes made a big difference to my resolve. I started composting, just by siphoning off waste that would biodegrade. I bought reusable cloths instead of kitchen roll. I got rid of aluminium foil and cling film, and started using beeswax covers. I became more interested in vintage clothes, and in the fabrics my clothes were made of. Cotton, linen and wool were in; polyester and viscose were out. But even then, there were myths to debunk. Cotton has a huge impact in chemical and water use. I started watching documentaries which enlightened me to this fact. Suddenly, things like Christmas wrapping paper and heavily packaged gift packs became undesirable. I bulk-bought food staples and decanted in to Mason jars. I became quite the larder enthusiast!The more I focused on habits, the more committed I became.

I am not saying it’s easy; sometimes it feels like there’s a conspiracy underway to ensure that every item I want to buy is swathed in plastic, but I guess the point is, I started trying, and it made me feel better. And as for how much meat we eat, it’s significantly less. My children are now used to bean chillis and lentil bologanise. I am at the point where I feel as if eating meat every day will become as non-sensical and socially unacceptable as smoking in restaurants or on aeroplanes once was.

In my research for this book, I found that minimal living goes hand in hand with thoughtful practices, and it’s good if there is a general impetus to slow the pace of daily habits, so that our care for the environment increases. After writing this book, my choices became more deliberate, as I simply grew more aware. So many of my decisions were made without thought; where my clothes originated from, how my food was packaged, how many miles an item had to travel to be delivered at my door. I didn’t consider how so many components of the modern, Westernised world have an unseen environmental impact. I wrote without manifesto – albeit this is a potent political issue – but as a lesson to myself, really. It was also a lesson in being open to writing projects that offer scope and breadth, rather than specialising in one thing, or accepting just one way of reaching the goal of being published.

I wanted to pare everything down, make it manageable, and real. The book is light and concise; part advice, part awareness, and in it, I cycle through a large array of every day considerations, many of which are presented in easy and practical ways.

The book is called ‘Save The World: There is No Planet B‘ (great title, hey!?) and is published by Summersdale Publishing. The book is published tomorrow, on Valentines Day, and is available to order/buy on Amazon here!

Finally, ‘The Independent’ have reviewed it here:

‘“The Plastic Problem”, as Louise Bradford dubs it, is just one chapter in a title that covers all the major issues our planet is currently facing. From water conservation to shopping more ethically, there are practical bullet point suggestions for ultimately living a more minimal life, and limiting your impact on the world as a result. In it she argues that we can’t wait for big corporations to clean up their acts. Instead, we all have a duty to do our bit to save the planet. If that sounds a little preachy, rest assured the book is clear that any effort is better than none, and that we can only do our best.’